Chief Gregory has lived in Patterson since 1979. His fire service career began as a member of the Patterson Volunteer Fire Department in January of 1986. Chief Gregory worked his way up thru the ranks and became a Company Lieutenant and was hired full time in May of 2003 by the Patterson Fire Department and West Stanislaus Fire Protection District as a Division Chief overseeing training, facilities and the purchase and maintenance of vehicles and equipment.

In January of 2016, Chief Gregory stepped in as Interim Fire Chief to oversee the operations of the Department and was appointed as permanent Fire Chief in September of 2016. Chief Gregory is married and has 2 daughters.

Division Chief Schali is 5th generation Patterson resident who began his journey in the fire service in 1989 when a good friend talked him into joining the Patterson Volunteer Fire Department. He spent the next 10 years protecting the community that raised him and learning what it took to be a good firefighter. In 2008 he transitioned into a career firefighter as the 8th full time firefighter in the City of Patterson. In 2012 he was promoted as a Fire Engineer, primarily as the operator of the fire engine for his crew. Soon after, he was promoted to Fire Captain in 2013 and in 2014 became the Training Captain for Patterson Fire Department and West Stanislaus Fire Protection District. In 2016 he was asked to fill in as Acting Division Chief overseeing training and assisting with vehicle maintenance took on the position permanently in 2018 as Division Chief where he has continued to support the Patterson Fire Department and West Stanislaus Fire Protection District and protect the citizens said agencies serve.

Chief Schali is married and has 4 children and 2 grandchildren who all value the family tradition of farming in the area which dates to the early 1900’s. Additionally, he volunteers with various local organizations such as the Patterson Apricot Fiesta and is a member of the Patterson Township Historical Society Barnstormers supporting the preservation of local agricultural history. 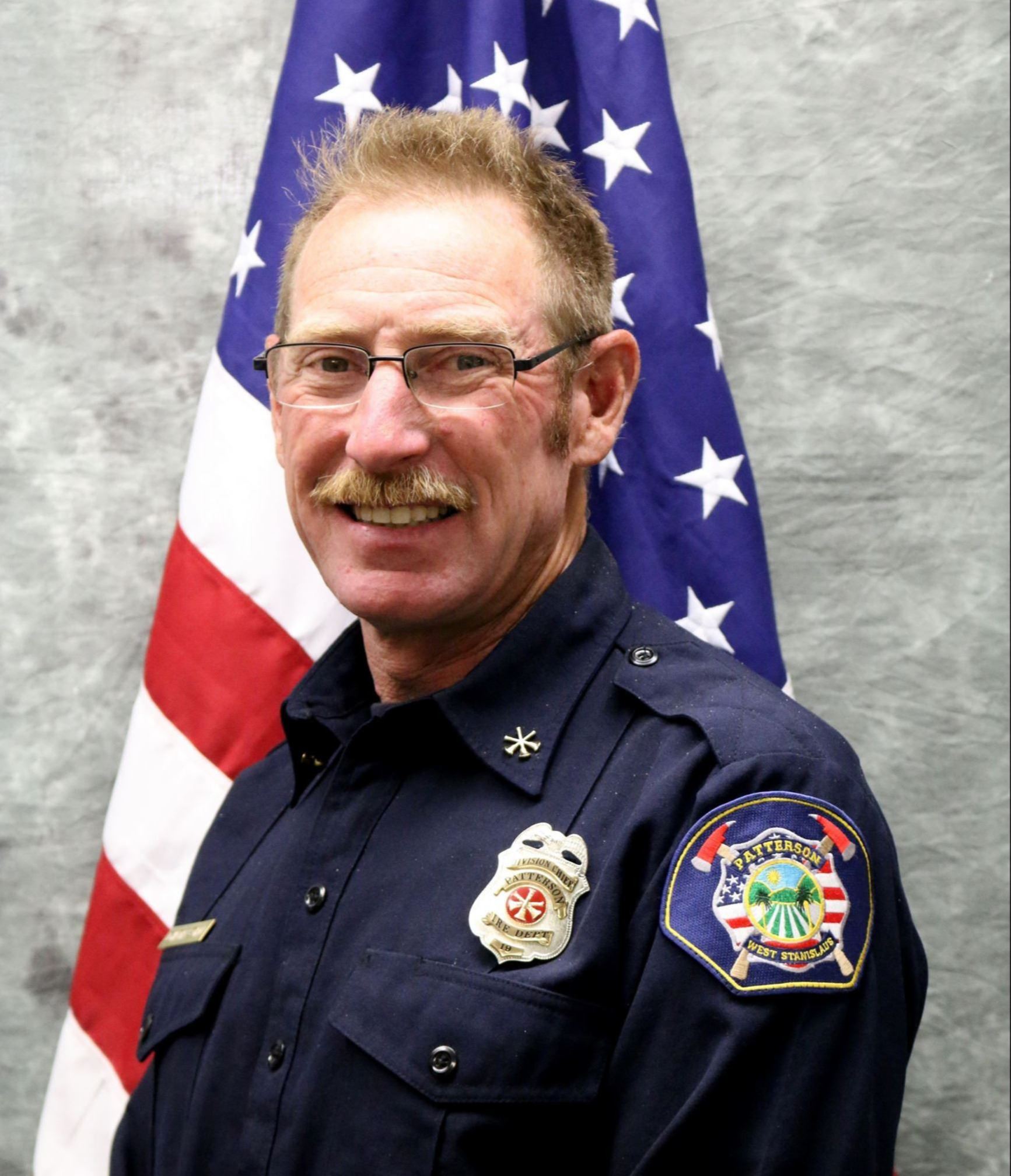