Most fire related incidents that occur in the home and nearly all home fires are preventable in one way or another. Each of us can share the responsibility of keeping fires from starting in our homes and keeping our families fire safe.

As the air turns cooler and leaves drop from the trees, it's important to keep a few important fall safety tips in mind. With proper precautions and safety awareness, your family can enjoy that crisp autumn weather while avoiding some of the dangers that come with the season.

Carbon monoxide (CO) is a colorless, odorless, deadly gas created when fuels such as gasoline, wood, natural gas, propane and others burn incompletely. In the home, heating and cooking equipment that burn fuel are potential sources of carbon monoxide. Vehicles or generators running in an attached garage can also produce dangerous levels of carbon monoxide. Because you can't see it, taste it or smell it, carbon monoxide can kill you before you know it's there. In 2010, U.S. fire departments responded to an estimated 80,100 non-fire CO incidents in which carbon monoxide was found, or an average of nine such calls per hour.

A portable fire extinguisher can save lives and property by putting out a small fire or containing it until the fire department arrives; but portable extinguishers have limitations. Because fire grows and spreads so rapidly, the number one priority for residents is to get out safely.

Electricity makes our lives easier. Flipping a light switch. Plugging in a small kitchen appliance. Charging our mobile devices. These are second nature for most of us. However, we need to be cautious and keep safety in mind in and around our home. During 2007 to 2011, U.S. fire departments responded to an estimated annual average of 47,820 reported home structure fires involving electrical failure or malfunction, some leading to serious injuries and death. Below are some general precautions you can take.

The next time disaster strikes, you may not have much time to act. Prepare now for a sudden emergency. Emergency preparedness is everyone's job. Not just government agencies but all sectors of society as well as every individual citizen should plan ahead for a disaster. By being prepared with some basic supplies, we can lessen the effects of a disaster and help sustain ourselves and our community until assistance can arrive.

Additional emergency preparedness information can also be found at our Community Emergency Response Team page or at ready.gov. 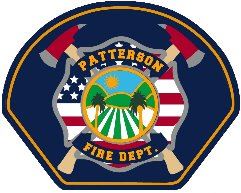